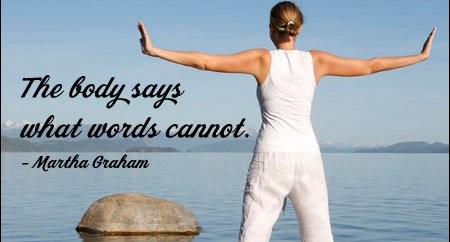 The first thing she said was “I am unable to concentrate on my work and I can see the way I am being with my colleagues now a days is not yielding me good results. I can see them distancing away from me and worse still my effectiveness at work is lowering down.” She is Vrushali, Head HR of a multinational IT organisation in my city. She has more than 15 years of work experience and is doing very well for herself but was not very happy.

Let me first tell you, this is not only about Vrushali, this may just be about you. So while you do read about what Vrushali was going through, try to relate it to your own life and see what may be missing for you to add value in your life from this.

She continued to speak to me about what was going on in her life and what was causing this anxiety. I asked her a few questions to open her thinking up but did not make progress. I knew her body was holding her back. Her body was just not ready for this conversation. I knew for us to make any headway Vrushali will have to open up and one of the best ways to do so is through the body route.

Gabriella Roth, an American dancer and musician’s approach to movement called 5 Rhythms are my personal favourite when it comes to listening to what your body is saying and revealing. I invited Vrushali for a dance. She was surprised but fully submissive, for which I was grateful.

As she moved, I gently guided her to focus her attention on the different parts of her body. I could see her expressions change slowly and it was amazing to see how different each was from the other as she focused her mind from one part of her body to the other. At one point she had tears rolling down her cheeks and she let them be. She did not want to stop and I was in no hurry. Slowly, her movements became more relaxed and I could see her sensing the transformation taking place. She began realising the stress she was carrying in her body and that was over-whelming her.

All of this could happen because instead of being only in the head we explored what her body was storing and trying to say.

In the hour that followed, Vrushali told me that she was surprised how different she was feeling in her body. During the movement she particularly felt pain when she moved her shoulders and neck and had not realised till then how stiff they were. She expressed the movement had eased her body to a great extent and was astonished that she had been immune to all this happening in her body all this while! This revelation and easing of the body allowed her to take fuller breaths. The oxygen passing to her brain increased, her thoughts became clearer, she was now open to receive and see the possibilities that she was blind to earlier. She was now ready to be coached through the concern she originally came with.

Our coaching relationship was for six months where we dealt with many such issues. From that day on she developed daily practices to listen to her body and not push down and ignore what her body was telling her.

Your body is talking!

Our bodies speak to us all the time, we just have to develop the capacity to ‘listen’. In today’s world we hustle around from one business meeting to the other, one project to the other, one deadline to the other, between office and home we become distanced from our body and its sensations. James Joyce, an Irish novelist in his book “The Dubliners” vey rightly said ‘Mr. Duffy lived a little distance from his body’.

Our body gives us cues in various forms like sweaty palms, knotted brows, tingling sensations, short breaths, drooping shoulders, raised heartbeats and many more. Our bodies have a conditioned way to react to different situations and events, if we listen deeply to these cues we will more often be in a position of choice. A choice to course correct or stay on the same path. A choice that will enable us to drastically change the future.

As for Vrushali, when she intently began listening to her body she began to see patterns. One of the many things she realised was when she would get angry she would hold her breath for those little moments! This in turn would reduce oxygen supply to the brain and that would fuel her anger even more and this worked drastically in the reverse direction of nurturing any relation. Only because she was aware of her way of inhabiting in her body that she had the choice of changing it because this way was taking her away from the results she wanted. Till then she had not known about her not stiff shoulders and breathing pattern.

3 times a day stop whatever you are doing and just notice the way your body is. Observe if any of your body parts are feeling tensed up and ease them out. You can increase the number of times you observe your body and slowly you will begin to see the difference this has in your life.

Remember, your body does not lie!

*Fictional names have been used to protect identity.

SheejaShaju, Program Leader and Leadership Coach at the Institute for Generative Leadership, India is also a columnist for the Indian Magazine of Dance Therapy. This article was originally published in their magazine – https://cmtaisiteblog.wordpress.com/2016/12/22/are-you-listening-to-your-body/